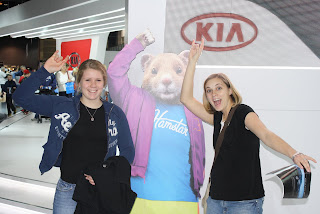 You go to one of the biggest cities in the US and you party it up right?! Like hanging out with the Kia Hamster. Over the weekend, we (meaning our posse of 3 brothers, 1 little sister, 2 children, 2 pregnant ladies and the sister-in-law who had to deal with all of us) went to Chicago and took in the world's largest car show. This was an exhilarating event for Mike's little brother who we had to drag out the door, but for the little sister (pictured above) the pregnant ladies and the children, it got old before too long. 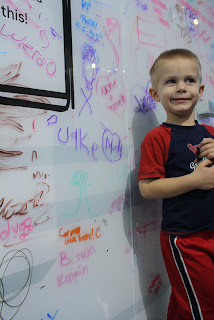 Never Fear- we found things to do. They had this great big whiteboard that anyone could draw on- so the kids drew and we were all pleasantly occupied. 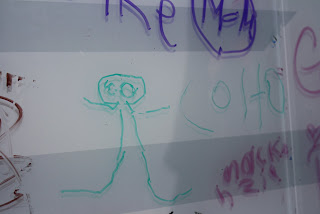 This is a closeup of what Colton drew. It is a picture of Mike and then Colton wrote his name next to it all by himself. I'm amazed at how much he can already do. 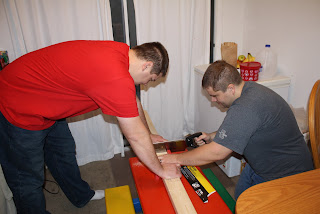 The night before we headed up to Chicago, the posse stayed at our house. Adding 5 extra adults to our apartment meant that our sleeping arrangements were crowded. We had bodies in every room. We expected someone to sleep on the couch and I teasingly said to Mike before everyone got here that we should let Uncle Mat sleep on the couch because the leg of the couch was starting to break and I wanted it to get fixed. Mat, weighing in around 350 pounds would be the perfect candidate to break and then fix our couch. He was big enough to do the breaking and handy enough to do the fixing. As fate would have it, Mat didn't even have to sleep on our couch. All he had to do was try to stand up after sitting on it and the leg broke off. Yay! I've never been so excited to have something break! The 3 brother's put their heads together and by 8:30 the next morning (After the boys went to the hardware store at 6:30 AM) my couch was fixed and sturdier than ever! 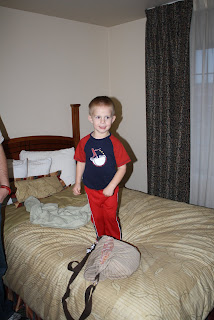 What would a hotel trip be without some bed jumping! 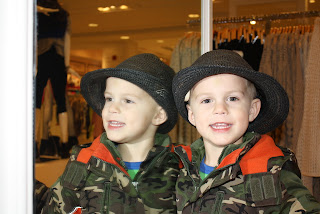 While Mike and I have been downtown before, we have never taken the children. Mike's little sister wanted to do some shopping, so we all went to Michigan Ave. where Colton and Lydia worked these hats. 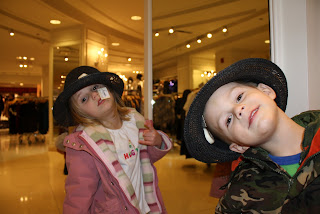 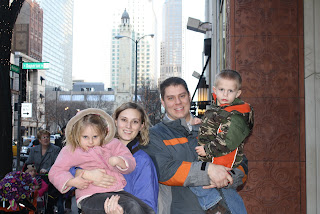 Our little familia outside The Disney Store in downtown. This was by far the best part for the kids. I don't know that they have ever been in a Toys-R-Us or really any store devoted entirely to children. Colton ran from Lighting McQueen hat, to Buzz figurine to Spiderman jammies in a frenzy. Lydia took my hand and purposefully took in all the princess's she could ooohh and awww at. We let them each pick one thing. Lydia chose a princess stamp set and Colton picked out a Mickey Mouse stuffed animal. They were so excited. "I can keep it?!" Colton and Mickey have been best pals ever since- except when Colton put Mickey in time out because he was standing on the table. 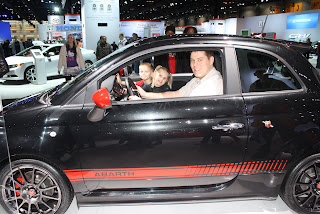 This photo is out of order, but it's late. Mike really liked this little car. A Fiat. Go figure. He has traditionally really liked the Porches.
Posted by Heather at 9:41 PM No comments: 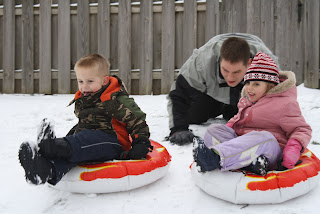 Yay! We finally had snow to go sledding! There is a small drainage pit in our apartment complex and the little slope is perfect for the kids- because they can walk back up it without Mom and Dad carrying them! 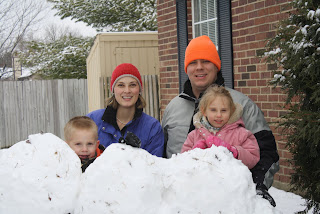 What a great family day. Mike mentored the kiddo's on how to make an awesome fort. 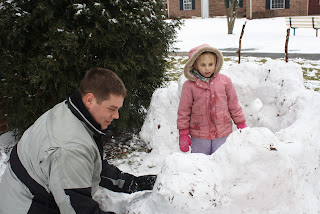 By request, it kept getting larger and larger. 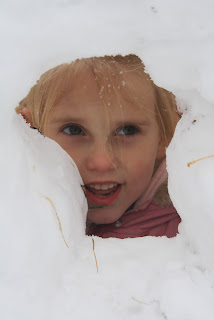 Lydia liked this peep hole for the spying opportunities. Colton liked it to shoot his stick guns out of. 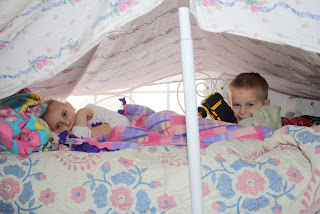 The fun fort that kept us occupied for a whole day. They even slept the night together in it- one kid on each end. That was fun until Colton wet the bed. Then it was not so much fun. 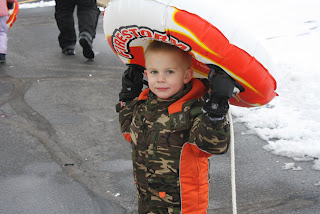 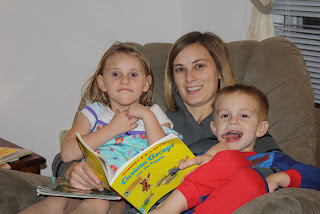 There are not too many photos of me and there aren't many of me with the kiddo's. Reading is something we do every night, so I figured it would be good to actually capture the moment in the evening I love when the kids cuddle up and I get to read to them. 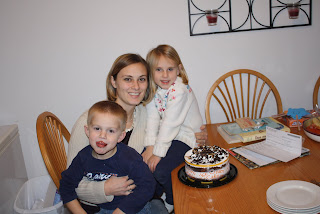 My birthday! Mike and the kiddo's got me an ice cream cake. Yumm-o! I also got a gift certificate to the craft store so I can start making those pillows and that blanket and on and on. . 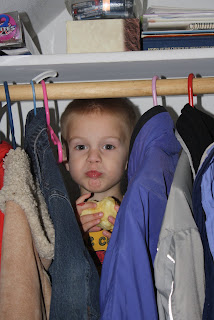 My funny man climbed on top of the food storage and found an excellent hiding place behind the coats. It also proved to be a great place to munch on his apple. 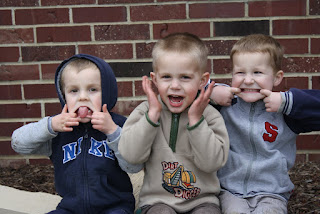 Colton and his best buds. These three are hilarious together. The nice thing is they all have older sisters who are 5, so we get together with their families a lot. It doesn't hurt that we all live in the same apartments either. 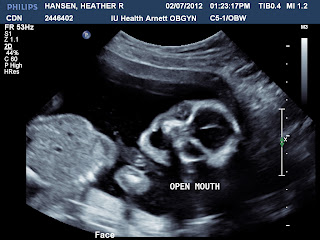 And the exciting part of today . . . Meet my daughter. She's so photogenic she is already smiling. 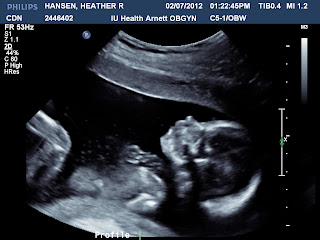 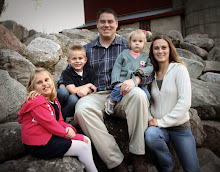